Hirsch Vineyards is located within the Fort Ross-Seaview AVA (American Viticultural Area), which is wholly enclosed within the West Sonoma Coast AVA.

Fort Ross-Seaview is one of the smallest AVAs in the United States, and it is a highly specific growing area. It is distinguished by its close proximity to the Pacific Ocean, high rainfall (80" on average per year), the ruggedness of its terrain, and the highest elevations on the coast. The AVA was granted official status in 2012, although the oldest planting, the Bohan Vineyard, dates from the 1970s. Hirsch, Hellenthal and Wild Hog were all planted in the early 1980s. Notable arrivals in the 1990s include Flowers, Marcassin and Martinelli Blue Slide, followed in the 2000s by Wayfarer and Peter Michael. 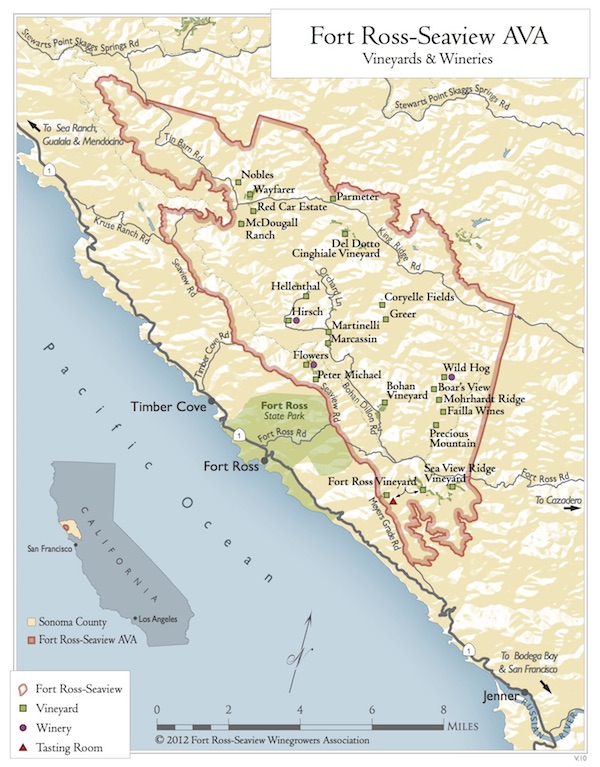 Real wine from a real site grown by real folks